Skip to primary navigation Skip to content Skip to footer

Knowledgeable, experienced, and friendly, our staff and guides work on the ground or behind the scenes to help open doors for you into another Mexico that is sure to wonderfully broaden your horizons and deepen your understanding of Mexican traditions and culture. 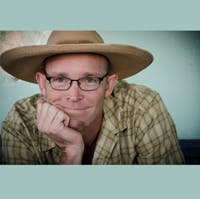 Traditions Mexico was founded by Eric Mindling in 1997. Eric has lived in Southern Mexico and worked closely with hundreds of rural artisans since 1992, when he landed a job, fresh out of college, as a pottery buying agent for Jackalope Pottery in New Mexico. His job was to travel the backroads of Oaxaca, find interesting pottery, and ship it to the store. It was a job offer that he describes as “my equivalent to being drafted into the NFL coming out of college. I thought I’d died and gone to heaven!” Through years of traveling down remote roads to small villages in search of yet another lost pottery village, eating fresh tortillas, sipping mescal, and meeting one wonderful person after another, Eric learned his way through the wilds of back-cactus Mexico. Eric is the author of the pioneering book Fire and Clay, the Art of Oaxacan Pottery and is currently (2015) working on a first-of-its-kind photo documentary of traditional fashion in the indigenous villages of Oaxaca. 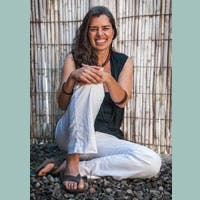 100% Oaxaqueña! In the mid 90s, Adriana was one of the team members responsible for putting together the first community-based eco-tourism operation in Oaxaca as well as assisting setting up operations of the tour agency Expediciones Sierra Norte which promotes the Mancomunado project. This operation has been a success and has become a national model. Adriana was also the co-founder and resident of Tierra del Sol, a center for permaculture, natural building, and organic farming created to share with people sustainable ways of living. She likes traveling as a way of opening her mind and world, hands-on activities as a way of learning and experiencing, and yoga and meditation as a way of contentment and balance. 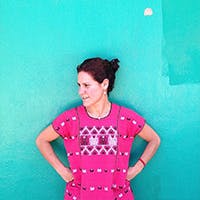 From Mexico City, Ana Paula has been wrapped and tangled in the world of textiles, travel, organizing, and outreach for a long time! She holds a B.A. in Textile Design with postgraduate studies in Knit and Fashion Knitwear Design and took that knowledge to work in Barcelona and Mexico City. In 2005, she moved to legendary Oaxaca City, where co-founded the experimental 11011 studio, in which she collaborated with more than 20 contemporary artists in exhibitions, performances, installations, and concerts. From 2006 to 2012, Ana Paula was the Founder and Director of the Textile Museum of Oaxaca (Museo Textil de Oaxaca)…and then she went a-traveling in India, solo, for four months! She has worked for the non-profit association El Camino de Los Altos, formed by Mayan weavers and French designers, developing promotion and marketing, and she worked in a similar vein with the cooperative La Flor de Xochistlahuaca. She loves to travel, has run her share of marathons, and bagged a few peaks to boot. She’s also a skilled photographer (Instagram @anadelcamino), and a Friday isn’t a Friday if Ana Paula isn’t dressed in a traditional blouse or huipil. 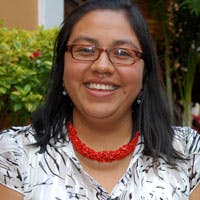 Oaxacan born, Alejandrina Rios (Ale), is married to a Zapotec Weaver from Teotitlán del Valle and has been involved in the world of Oaxacan culture and folk art for much of her life. It is her knowledge of Oaxacan arts and artisans and her passion for their work that make her a perfect match for Traditions Mexico, and we are thrilled to have her as part of the team. Ale takes care of behind-the-scenes operations. If you’re in Oaxaca and would like to meet her in person, stop by her beautiful folk art shop, El Nahual, on 412A Reforma Street, Oaxaca, México. 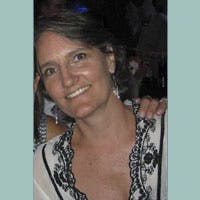 Alex brings a great mixture of knowledge and experience to the Traditions Mexico team. She was born and raised in Mexico City, with a bilingual-bicultural background. She studied art and graphic design in London and the U.S. and spent almost a decade abroad studying, working, and traveling. She returned to Mexico in 1992 to settle down and raise a family in Oaxaca, where she has continued working in art production and design among other projects. In the past 17 years, she has had the opportunity of running her own design business, furniture store, coffee shop, and has explored the foodie world working with chef Susana. Through all her endeavors, she continues to learn about the amazing culture and beautiful landscapes the state of Oaxaca has to offer. 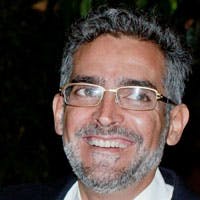 Carlos was born in Mexico City, where he studies at the American School. He has been a tour assistant and guide with Traditions Mexico since 1996 and continues to widen his knowledge in the field of indigenous trade and folk art. As a designer, he works with artisans in Oaxaca and Peru adapting traditional crafts to make them more marketable to the contemporary consumer. He consults with NGOs focused on indigenous communities and sustainable natural resources. 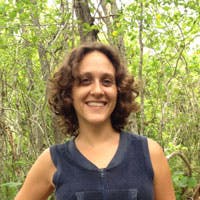 Born in Mexico City and perfectly bi-lingual, Denise studied anthropology at the University of the Americas. Her diverse studies took her to the culturally rich coastal region of Oaxaca, where she did the bulk of her thesis research. She lived a year in the Mixtec village of Santiago Ixtayutla, learning about this rich region’s culture and history and even a bit of the language. She was worked with INAH (National Institute of Anthropology and History) in much of Oaxaca state. Denise, who lives on the Oaxacan coast, is our regional specialist in this fascinating area of Oaxaca. She is also great fun to be with, patient, interesting, and easy going. 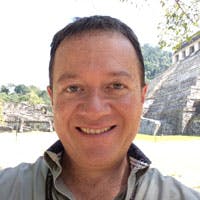 Roberto Murphy was born in Mexico but grew up in the United States. The Murphy family moved to Chiapas when Roberto was 5. One summer, Roberto got a job as a draftsman for the New World Archaeological Foundation, which is when he discovered his deep fascination with the ancient past of his country. Looking, touching, and drawing pictures of artifacts was a major inspiration for his later interest in studying the ancient Maya. Roberto started guiding in the Maya area in 1985, when many of the sites could only be reached by plane, foot, or riding a mule. Roberto has been showing the wonders of his native land to visitors for almost thirty years. As a professional guide, he is constantly updating his knowledge on the Maya of the past and present. Roberto is a co-founder of the Chiapas Guide Association, an institution that trains new certified guides, organizes courses of high academic level, and invites scholars to present seminars for professional guides. Roberto will fill you in with interesting facts, personal anecdotes, and loads of informative stories. He loves what he does, and he enjoys sharing his knowledge and making abandoned ruins come to life. 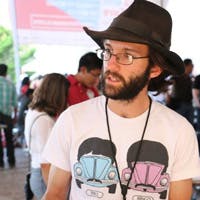 “I arrived in Oaxaca without expectations, only looking for a bit of adventure and a chance to find myself and my personal path again. What I found was, and continues to be, truly fascinating; lessons on passion and soulful commitment to that which one makes and loves.
I see it in the hands of the artisans I’ve collaborated with, their dedication and awareness while making an object, giving life to a generations-old story. I feel it in the tenderness shown by the women I’ve worked with as they take ingredients born of the earth and convert them into food for their families, caring for both family and earth equally. I see it in the eyes of visitors, as they witness an Oaxacan magic, in their sincere admiration and complete receptiveness to an honest dialog about the pride the old timers feel for their trade, their tradition and a past more present than ever.
Every day in Oaxaca I learn that passion and commitment are the key ingredients in finding the path towards what one loves. Thank you, Oaxaca!” – Antonio Recamier.

Born in Mexico City, student of Social Development and Design. Since 2011 finding the way to the North on his Compass in Oaxaca.